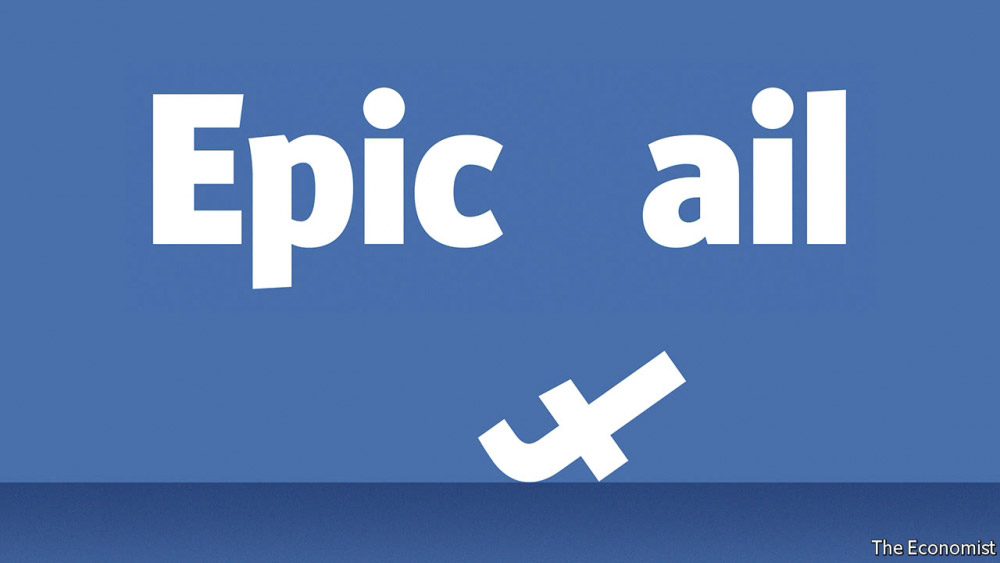 Even if you’re not interested in nor a user of Facebook, you’d have been hard pressed indeed to have avoided the blaze of publicity about the social networking site every day this past week.

That blaze has been white hot in its ferocity and intensity on alleged wrong-doing by the American firm, and by a British political consulting and data mining company called Cambridge Analytica, over the mishandling of data related to more than 50 million users that allegedly played a significant role in influencing voter opinion in the US presidential election in 2016 (and the UK referendum on remaining in or leaving the European Union also in 2016).

As you’d expect, commentary, narratives and opinions embracing the widest spectrum of views and standpoints have dominated the media, both mainstream and social, all week as well. There’s so much of it, it’s hard to get a handle on the strands of a story that’s still evolving and which undoubtedly will be a major focus for governments (and regulators) as well as advertisers and Facebook users in the coming weeks and months.

A good place to see many of the different perspectives about the Facebook fail is Privacy-Gate, a Flipboard magazine by Ken Yeung, that curates in one place much of the reporting over the past week.

While this kerfuffle continues to brew, I’ve been reading a great deal of the reports on this unfolding reputational train wreck and thinking about what might be next for Facebook.

I joined Facebook in April 2007. Unlike many friends and acquaintances whose opinions I value, I have no plans to shut down my account and leave. Actually, I have little invested in Facebook in terms of a wide network or community (I tend to engage in only a handful of niche groups that are private or closed), share little personal data and don’t do quizzes such as the type of quiz at the heart of the alleged mining of information of those 50 million users I mentioned earlier.

In a sense, it matters little to me whether I’m on Facebook or not, a sentiment shared by some albeit for many different reasons.

So what does this event mean for Facebook, the users, the advertisers, and the broad environment of social networks and networking?

One thing it means is that a veil has been lifted on what really goes on behind the scenes at Facebook with regard to information about its users that many (most?) users have had no idea of what actually happens to it. Sure, you’d know that Facebook shares info about you with advertisers – that’s the price you pay to enjoy the benefits of a platform that costs you nothing in money terms to use – as you did read the terms and conditions of use when you signed up, right?

Yet I don’t think many people knew the scope and scale of that information-sharing and the now-apparent cavalier way in which Facebook regarded data about its users, paying what now looks like lip service to any sense of a duty of care and safeguarding users’ rights to privacy.

It also means that we now see the kinds of companies Facebook has been getting into bed with, as it were – firms such as Cambridge Analytica that project a shiny veneer of respectability but are run by people with large egos and little in the way of ethical responsibility as Channel 4 News’ undercover video reporting, broadcast in the UK on March 19, so clearly shows.

Now that poor corporate behaviour is coming home to roost at Facebook as criticism of its very business model is growing especially in the US. Its share price has taken a pounding this past week, some investors are suing Facebook, and there are rumblings in Europe about greater oversight of the activities by social networks with the word ‘regulation’ rearing its head. 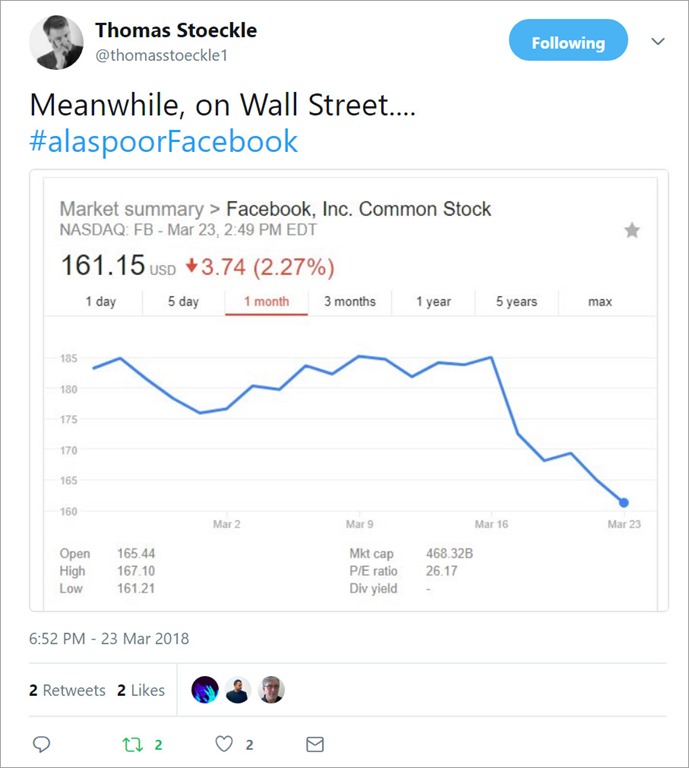 In an interview on CNN (transcript) on March 21, Facebook co-founder and CEO Mark Zuckerberg even talked about regulation, qualifying the idea with the word ‘maybe.’

Is regulation a next step for Facebook? An environment where social networks have to follow certain processes and procedures in each country in which it offers its platform to users, and to advertisers? How would that work, who would regulate Facebook, and how would regulatory infringements be punished and enforced? Plus many other questions.

The Price to Pay

Would the simplest way be to regard Facebook as a media company, no matter that Facebook (and Google and others) have consistently resisted that label? I believe Facebook and others are media companies in the same way that newspapers, magazines, radio and TV are media companies.  Let’s just use the word ‘media’ for everything: no need for phrases like ‘mainstream media’ or ‘social media’ any more. A topic for some debate, I suspect.

One other idea to explore – in tandem with the regulatory one not instead of it – is to make Facebook into a dual offer for users: a subscription service where you pay, say, $1 or £1 or €1 a week to access a service with no advertising at all; and a free service supported by advertising, much as we have now, but without the bad behaviours.

You might think such ideas are quite simplistic, naïve even. Yet I think these ideas ought to be aired and discussed at length. Social networks like Facebook are now part of the mainstream in contemporary society, offering a valuable means of social cohesion to many people.

So maybe the price for Facebook to pay to continue in business is some or all of the above.