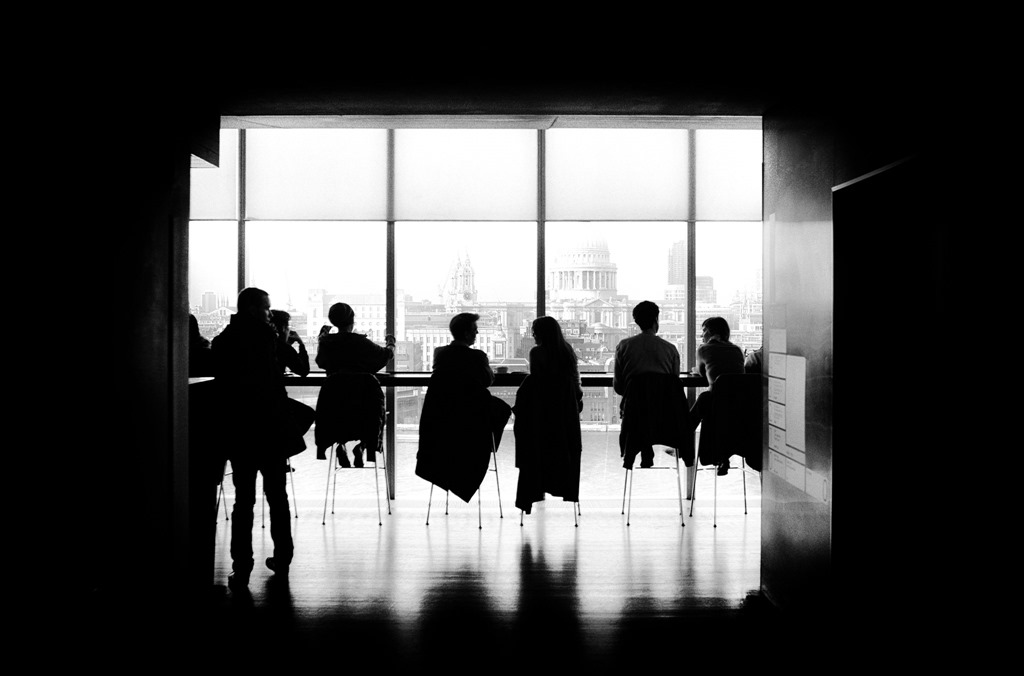 2017 was the year that artificial intelligence (AI) generally gained a greater consciousness in the public mind as well as in the minds of many professionals, not the least being those in the broad communication business – especially public relations, advertising, marketing and employee communication.

Every time we see a robot mentioned in the mainstream media, there’s either a photo of the Terminator or some human-looking machine which feeds our fear – adding to the uncertainty and doubt already in everyone’s minds – that the robots are coming to take our jobs.

I’m noticing, though, that while such imagery is not entirely going away it seems to be getting less.

And we’re beginning to hear from some influential voices in the communication business that the conversation is now focusing on things that we’ve been trying to talk about since before 2016. So 2018 could be the time for this which is this broad collection of technologies that I lump under the heading chatbots, AI and digital personal assistants.

While Sophia the robot and Boston Dynamics’ creepy-looking machines that are almost sentient, plus a whole host of other devices, fill up the tech press, it’s what’s happening inside organisations that doesn’t get the coverage. But we’re beginning to see more people talking about things going on within organisations.

Chatbots is an easy one. They’re easy to build (I’ve built a few) and I use a number right now.

While they are called chatbots, all of these are very simple technology – they’re certainly not anywhere close to human-like behaviour – based on programmed responses that someone writes a script for – “if this, then that” kind of thing.

But we’re seeing more attention being paid to them so I would say that 2018 could be the year that we’re suddenly going to hear very valuable use cases of what people are doing particularly within the organisation as opposed to externally.

We know about chatbots for great customer experiences. For example, if you go to a banking website a chat window pops up. It’s not a human wanting to chat, it’s an algorithm. So we’re now used to all that.

These are very simple yet we’re seeing evidence of more things coming – still at a relatively simple level – that improve workflows in organisations with knowledge building upon experience.

Such uses tend to be in larger enterprises but you can learn a lot from what people have been publishing about their experiences for the benefit of the organisation and for greater employee effectiveness.

AI for crunching huge datasets is a topic I’ve been talking about for a couple of years.

I think we’re going to see more people realising that artificial intelligence can help them be smarter – what I’ve always been calling “augmented intelligence” – so it crunches the data that you would otherwise have to do.

A good example, and the best newswire headline of 2017, is from Bloomberg talking about the algorithm that saved JP Morgan 360,000 hours of lawyers’ time where they were perusing contracts to find patterns of words and phrases. Now an algorithm does it all in minutes rather than those huge number of hours.

I see a number of those popping up but not getting talked about in a big way yet. We’ll see more of that in 2018.

Next year, I think we’re going to see the real start of so-called digital personal assistants or DPAs.

These are cognitive tools and to me the best examples I’ve seen are some of the developments I saw at IBM last year that have been shared publicly on the types of productivity tools you use on a day-to-day basis that can manage your business time if you let them.

For example, we’re talking about a DPA that can decide what meetings you ought to attend based on who the other attendees are. It’s about finding the relationships between people you’re connected to on public networks and making decisions on the worth or value of them to you (and vice versa) and recommending behaviours in how you engage with them that you might want to adopt or stop doing.

Such productivity enhancements are when we begin to see this broader picture of artificial intelligence being really valuable. Last week, Microsoft announced “AI powered updates” to its Office 365 suite, notably Outlook.

Finally, I suspect we will see more Sonyas, frankly, whether they’re dressed up like that or not is another matter.

Related to all this is a topic that doesn’t get talked about much in polite society which is the rise of sexbots. There was a terrific documentary on Channel 4 television last month – “The Sex Robots Are Coming” – that addressed that.

On the one hand, it’s quite alarming where we’re going with this; and on the other hand, it’s not a surprise at all that this is happening.

So there is a future in terms of our interests. I think the AI element – things that relate to the manipulation of data – is what we’ll see lots of talk about in 2018 and hopefully some actual action as a result, particularly in the PR business.

(Photo at top by Samuel Zeller on Unsplash)