“Trust, but verify” is a phrase that was used often by Ronald Reagan. It is more than a little ironic that this is originally a Russian proverb (Doveryai, no proveryai).

Trust is also what links the various topics in episode 13 of our podcast (with show notes written by Thomas Stoeckle).

From Chinese citizen scores to alleged irregularities in the UK referendum and the US presidential election, the implications of GDPR and the prospects of blockchain: trust is the glue that should hold together the fabric of such interactions, in private as well as public contexts.

Writer and academic Rachel Botsman calls her analysis of our hyperconnected, hyperpartisan times Who Can You Trust. Both Neville and I are currently reading the book, and it will feature in our next podcast (by which time I suspect Sam might also be among the readers).

It first caught our attention in the form of an article in Wired magazine, discussing the Chinese citizen score in some depth (as an excerpt from the book). A powerful piece which Sam calls ‘ideologically driven’.

There is something binary about the collectivist vs individualist perspective that he detects, reminiscent of the communist vs capitalist paradigm of the Cold War era.

This is all about the vision of the Chinese government to develop a social credit system to rate all citizens on trust and build a culture of sincerity. The article quotes from the original policy document:

“It will forge a public opinion environment where keeping trust is glorious. It will strengthen sincerity in government affairs, commercial sincerity, social sincerity and the construction of judicial credibility.”

Neville notices the aspect of “gamified obedience” described by Botsman: Amazon or Netflix style user transparency, yet with a kind of Orwellian political purpose: capitalist can-do, but with Communist Party oversight.

Tencent and Alibaba, two of the leading Chinese technology companies, are part of the current test phase. What is gamified is also susceptible to gaming: this example of the Sesame credit score shows the tight connection between government intentions and commercial (self)interests. 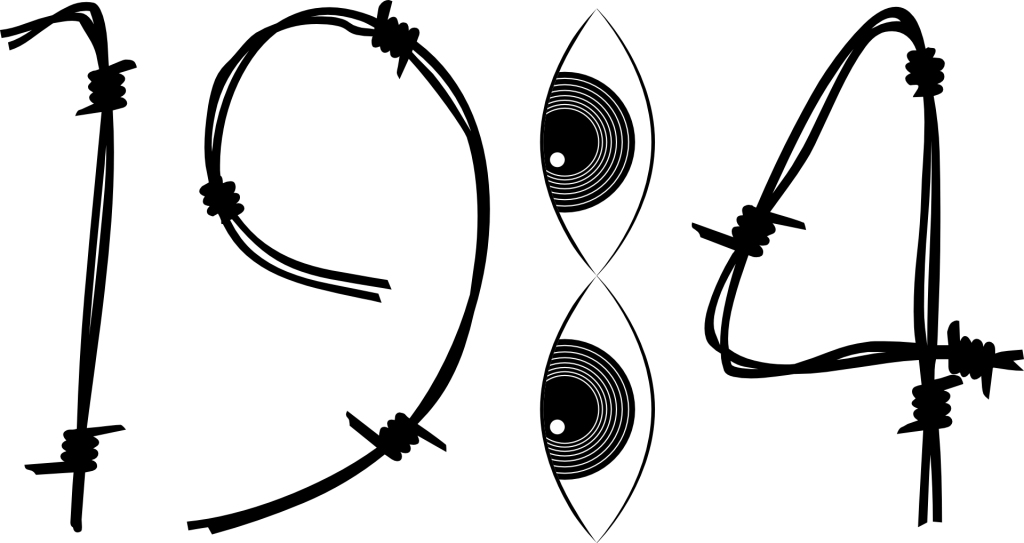 We discuss the somewhat dystopian “Orwell’s 1984 meets Pavlov’s dogs” scenario, conscious that this really isn’t a million miles away from the obsession with ratings and rankings that is also prevalent in Western social media use.

Whether it is Facebook likes or Twitter followers, the latest scores from our Fitbit, the hyperbolic promises of the quantified self and the Internet of Things – datafication and gamification are here to stay.

Big Brother’s use of big data was also the focus of US Senate Hearings into the role of big tech companies in the 2016 presidential elections.

The Wall Street Journal described it as industry conglomerates’ rites of passage: similar to railroad barons, oil, pharma, tobacco and banking giants before – presenting themselves to Capitol Hill to ask forgiveness for their trespasses.

Or in this case, to explain the fake news and misinformation impact on the 2016 election. A comprehensive write-up can be found in The Atlantic, by the exceptionally well-informed Alex Madrigal.

Neville is surprised at the sheer scale and opacity of political involvement on behalf of the big tech firms. His plea for greater transparency requires investigative journalism joining forces with citizen journalists, something we see at play when journalists such as Carole Cadwalladr ask the Twitter collective to help verify and corroborate a story.

Reflecting on the use and abuse of data, Sam recalls a recent talk by Guy Standing, author of The Precariat. The precariat is a new social class, constantly faced with uncertainty over their future, knowledgeable and with access to information, yet without direction and purpose.

They can be found on the right (as atavists, looking backwards and being amenable to right-wing populism) and on the left (as progressives, seeking utopia). Demagogues are tapping into this Zeitgeist, and the likes of Facebook, Google and Twitter earn good money from facilitating.

Neville calls this a moral maze, and quotes a recent Nieman Labs article about a study based on interviews with internet and tech experts, and their views on solving the fake news and misinformation crisis.

The consensus was – there is no consensus. 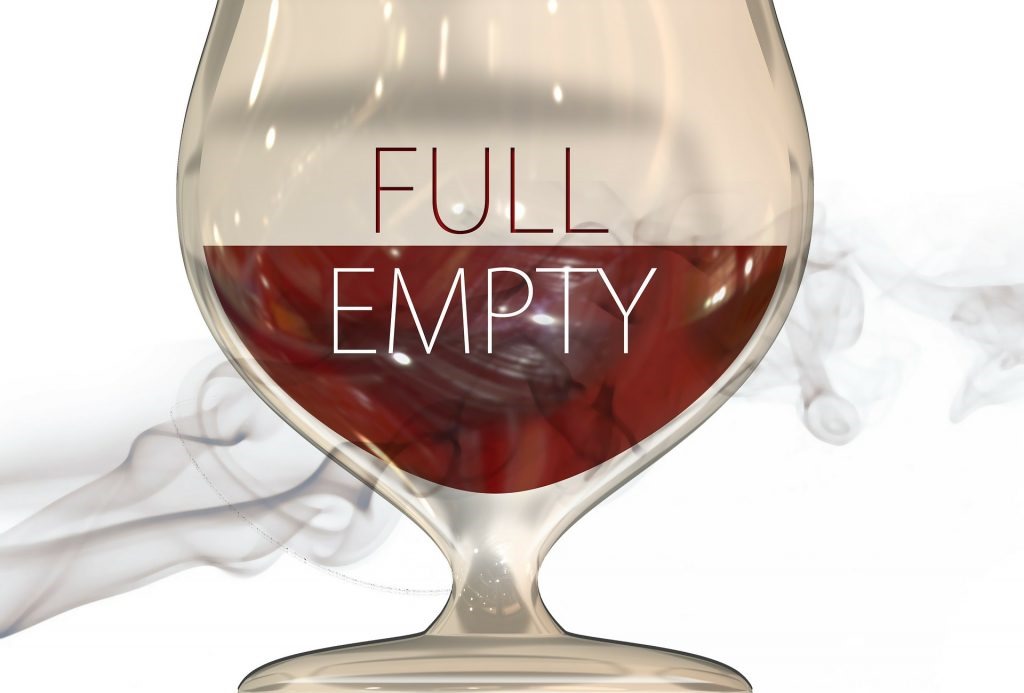 Meanwhile, Germany is coming to terms with the fact that for the first time since the 1960s, a far-right party is represented in parliament.

Research by Reuters Institute for Journalism showed that that right-leaning media (especially digital only channels) generated much more engagement than their limited posting activity and reach would suggest. Which means they were pretty good at hitting the sweet spot of their target audience.

It is clear that Alternative für Deutschland (AfD) ran the most digitally savvy campaign of all the German political parties.

According to The Atlantic, they had competent support from the US in Harris Media, a conservative leaning communications and digital strategy firm that worked for Donald Trump, for Sarah Palin, but also for UKIP in the run up to Brexit.

Whilst everybody is trying to figure out what political lessons to learn from recent events, whether and how more regulation is required to serve both public, and private interests – GDPR is drawing closer, and Neville reminds us that it is really only 200 days away (at the time of writing this post, pretty much exactly 200 days and 12 hours…).

Plenty of companies are not ready, and they don’t seem to grasp the breadth and depth of record keeping requirements, of proof of compliance and the need for a data protection officer and the risk of hefty fines.

Businesses in the marketing and communications space also need navigate between the roles of data controller or data processor, as outlined in this useful guide.

An informative and insightful polemic by marketing expert Samuel Scott in The Drum provided Sam with a favourite digital marketing quote, by Doc Searls:

“Madison Avenue fell asleep, direct response marketing ate its brain, and it woke up as an alien replica of itself.”

What used to be the creative process of storytelling become a digital marketers’ numbers game.

But now, Sam muses, with the potentially compounding effects of adblocking, GDPR and ePrivacy on programmatic real time targeting, it might just be that advertising and communications will have to go back to the quality of creative.

Our final topic of this episode is blockchain, which according to the Gartner hype cycle is past the “peak of inflated expectations,” and heading into the “trough of disillusionment.”

Sam reflects on the almost Communist idea behind it, the promise of radical democracy. Harvard Business Review published “The Truth About Blockchain” recently, and that truth seems to be that blockchain is coming, but not over night: it is a foundational, rather than a disruptive technology.

Its impact on economic and other social systems will be huge, and its adoption gradual.

Neville points out that the coverage of blockchain is mainly driven by hugely technical explanations. We would all benefit from better understanding, and a good starting point might be this 3,500 word ‘plain English guide’ on The Next Web.

And yet blockchain isn’t even the latest cry in ‘distributed ledger technology’. That epithet goes to hashgraph, which is said to be safer, faster and cheaper to run. Yet as Sam rightly observers, the history of bubbles and market crashes is long and rich.

We will continue to observe and discuss, and it doesn’t seem as if we might be running out of topics any time soon.

Facial recognition is evolving in leaps and bounds – with China again the main driving force, with the least restrictions (this 6 minute Economist video is instructive).

And, talking of moral mazes, there is the baffling case of Saudi Arabia granting citizenship to Sophia the robot. But that’s for episode 14.