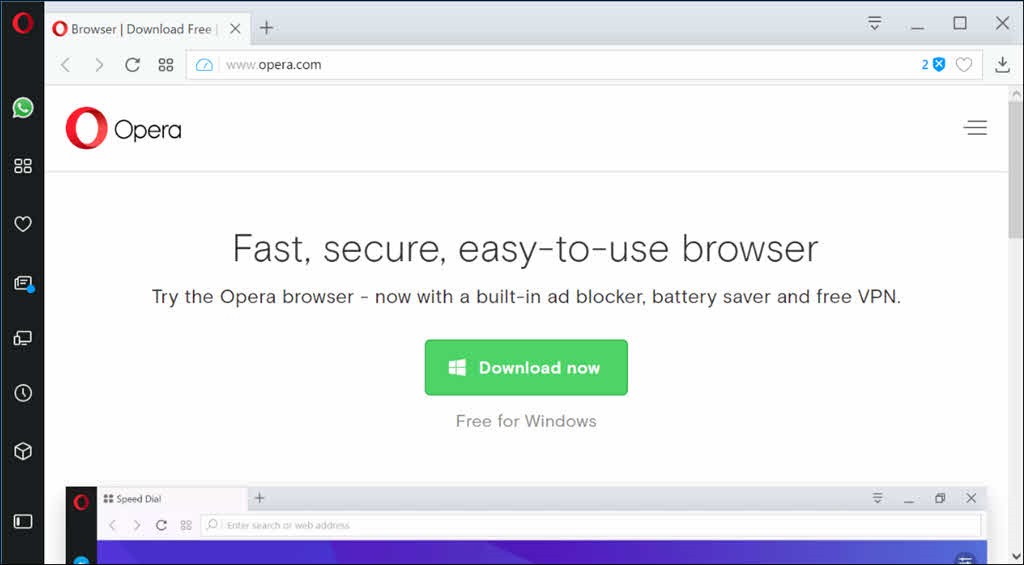 For much of the past decade, I’ve been a champion of Google Chrome.

It’s been my browser of choice not only on the PC and Mac desktops but also across all my Android mobile devices.

I’ve now switched to a different browser, and the switch may well be long-term if not permanent.

That browser is Opera, a browser I first tried in 2006 on a Nokia phone, but a thoroughly modern product today that mirrors much of what Google Chrome offers – built-in tabbed browsing, a bookmarks bar, Chrome-compatible extensions, synchronising settings, a download manager – without the memory hogging that many users complain about.

Back in 2009, I said “I prefer Google Chrome” and “New Google Chrome is really fast.” That was true then when I made the permanent switch to Chrome from Internet Explorer. Yet memory-hogging on the desktop has been a constant thorn in the side when using Chrome, a poor experience for me for a long time. And switching to another browser has never been more than just an experiment until now.

The trigger for change was “Friendship Ended With CHROME Now OPERA Is My Best Friend,” a great post by Jason Koebler in which he dissects features and compares each browser to conclude that Opera is the better of the two.

What especially resonated for me in Koebler’s post were these words:

The real appeal of Opera is that it is essentially Chrome but with a better, less disastrous and less time-consuming mechanism of failure.

[…] Opera works almost exactly like Chrome, except without the resource hogging that makes me want to throw my computer against a brick wall.

This looks like just what I’m seeking, I thought – a browser that can give me all the good things about Chrome without the memory misuse that far too frequently results in manually restarting the computer when everything grinds to a halt when Chrome gobbles up all the memory.

Memory use is directly related to how many tabs you have open at the same time (and also other things such as how many browser extensions you have installed). While I’m not in Koebler’s territory with 30 or more tabs open at once, the typical 6-10 that I often have open surely shouldn’t result in a sluggish PC after a while.

Here’s what the Windows Task Manager shows for Chrome’s memory use with 6 tabs open: 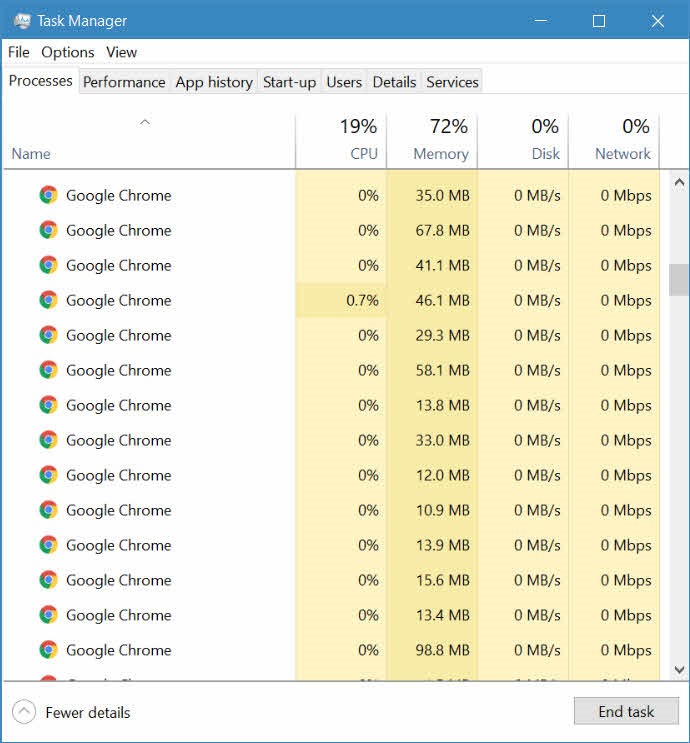 Here’s the picture for Opera with the same 6 tabs open: 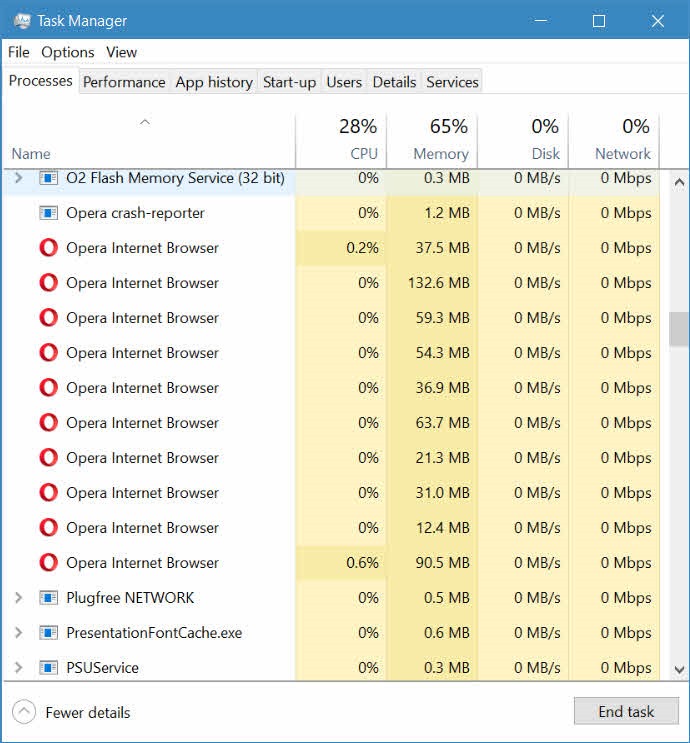 Hardly a scientific comparison with each browser idle, but it certainly shows a difference in how both browsers consume memory on a PC running 64-bit Windows 10 Pro with 8 gigs of RAM.

Opera is built on the Blink rendering engine, the same underlying technology as Chrome, which means it can also run many of the extensions from the Chrome Web Store. That’s a most useful discovery. Add to that the same synchronisation features for bookmarks, passwords, history, etc, that you have with Chrome, and I have a browser that meets the core requirements I want from such a tool.

One other feature that’s perhaps a little ahead of the time when it will likely be standard in web browsers is the built-in ad blocker (something Google might offer in Chrome soon). And I like the measurement feature you can call up to see how fast or slow a web page loads with ads vs without. 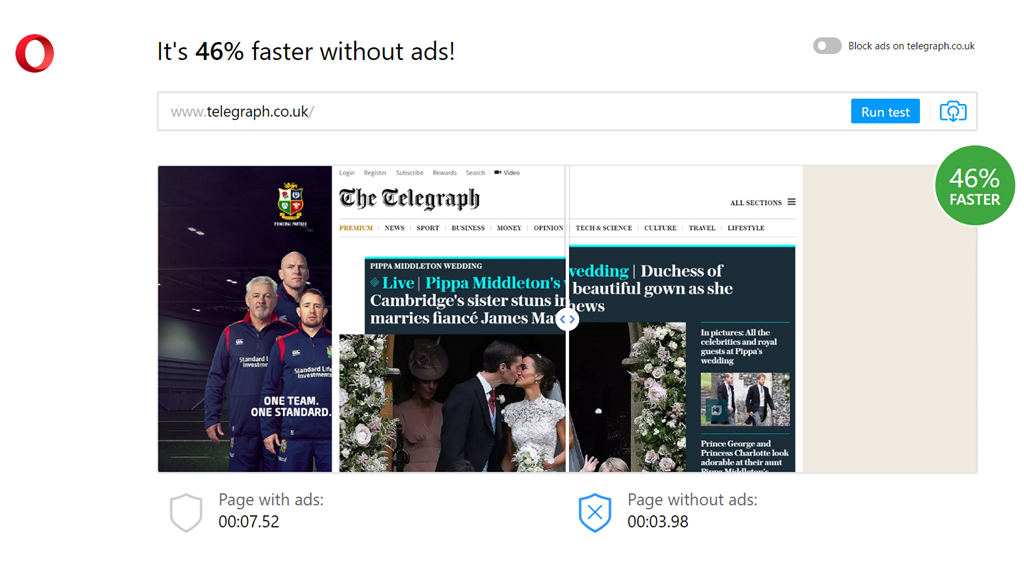 Again, hardly a scientific study but useful all the same.

So I’m now using Opera full-time on the desktop. I’ve not yet switched in mobile devices: much depends on how I feel about desktop use over the coming weeks.

Since I’ve switched, Opera feels like the only logical web browsing option. It’s not perfect, but no browser is going to be when you regularly open 30, 40, 50 tabs. If you’re at all frustrated with Chrome, I’d recommend you switch and never think about it again.

Give it a whirl.