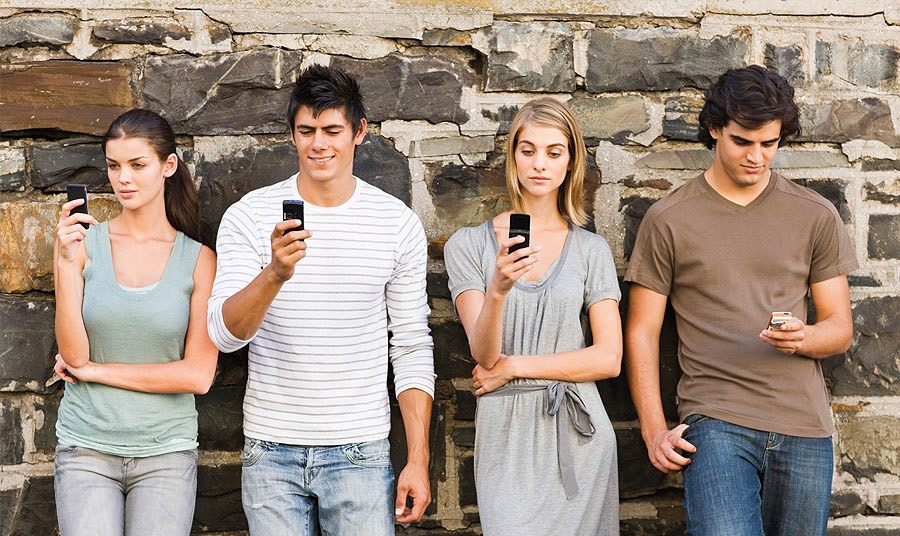 For much of the past decade, Millennials has been the generation that was the comparative one whenever anyone talked about behavioural and other differences between generations in contemporary society. Not only in the cultural and consumer contexts but also in the workplace.

It’s fair to say that marketers and brand managers now understand a great deal about that generation in terms of behaviours, expectations, preferences and other consumer indicators. Employers understand much about them in terms of workplace expectations and behaviours.

Yet I wonder whether there’s a fixation on Millennials that doesn’t see how time has passed and that there’s a next generation that requires attention, far more than has been given thus far, apparently.

That generation is the so-called Generation Z and it comprises young people with markedly different characteristics to the generation immediately before, ie Millennials.

As a quick reminder, this is the generational sequence since the mid 20th century according to Wikipedia, working backwards from today:

When considering each of these generation groups, the analytical rule of thumb has been focused on differences that each newer generation has compared to the generation that went before.

So it’s now the time to consider Generation Z versus Millennials in as great a depth as Millennials versus Generation X. People in the early Gen Z birth-years range are now in their early 20s, many already seasoned consumers and in the workplace.

What do we know about Generation Z compared to Millennials?

My favourite comparison assessment is a concise one published in early 2016 by Mary Meeker, she of the compelling internet trends reports published annually in recent years.

This slide from her 2016 report highlights some core differences: 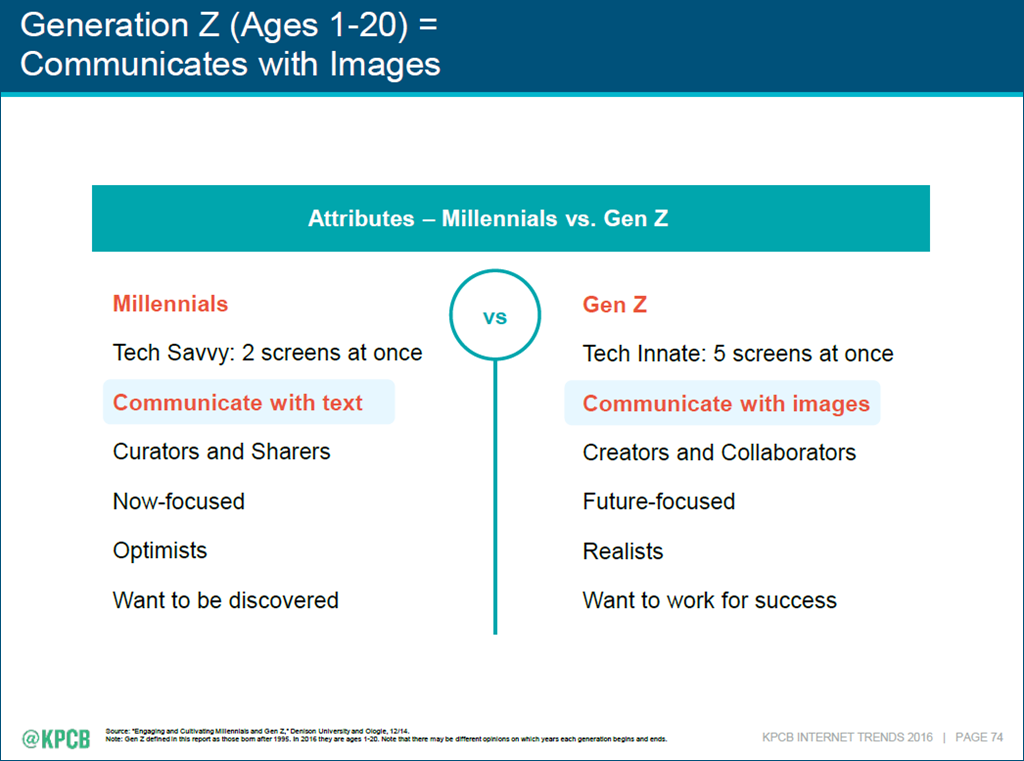 This is a great “starter for ten” in an aid to understanding this generational group and its place in the societal landscape.

But it lists only six of the differences between the two generations, with a focus on one, and requires greater depth to be more widely useful.

Last week, I came across this detailed comparison in What Generation Z Wants From The Workplace – Are You Ready?, a report in Forbes, when searching for some information on Gen Z: 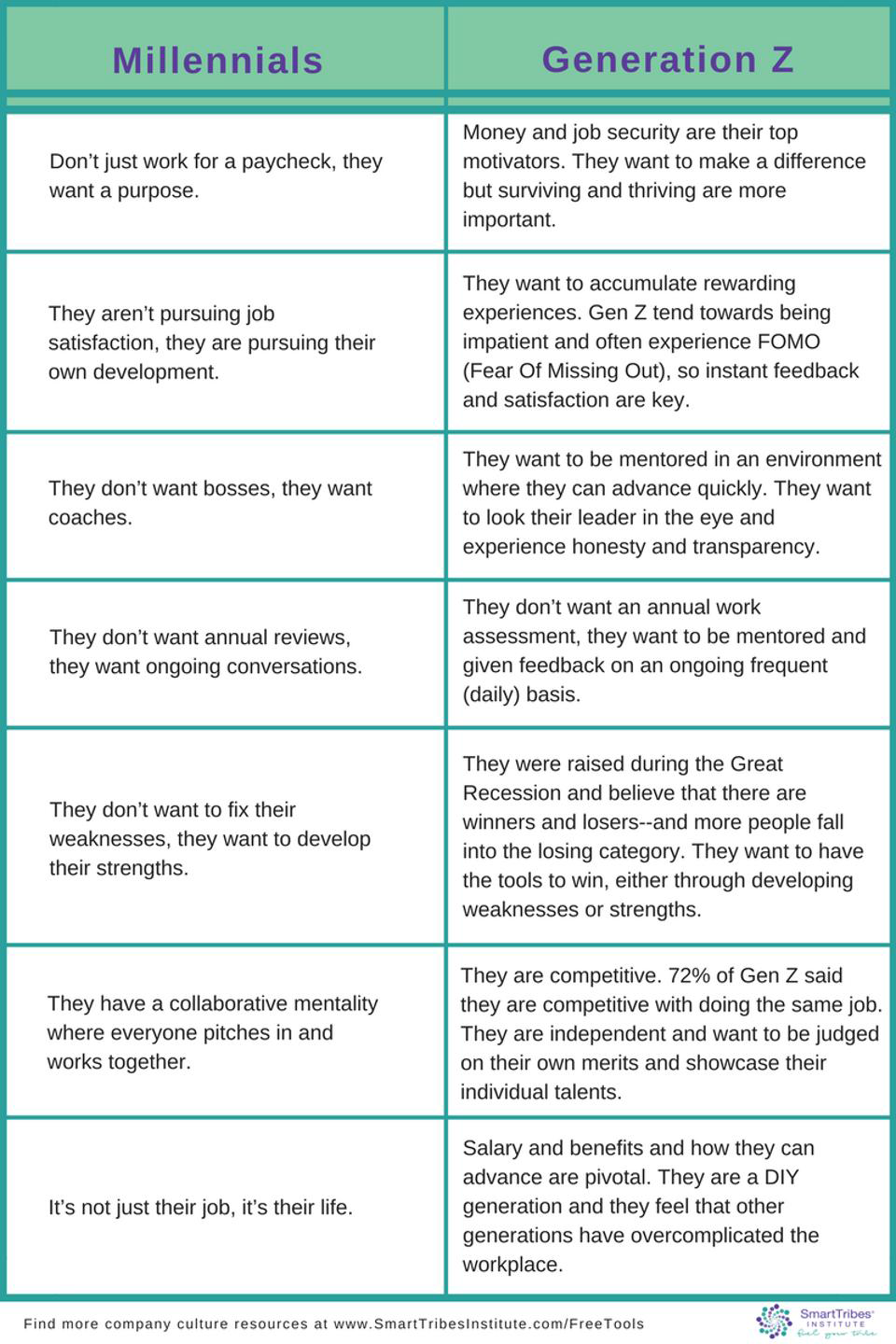 It’s a good summary that adds more to Mary Meeker’s starter comparison. In particular, I’m drawn to the ultimate difference in the chart, describing Generation Z as “a DIY generation and they feel that other generations have overcomplicated the workplace.” I can relate to that (and I’m from three generations before Z).

I think the three main takeaways from all of this are these:

To illustrate, here’s a great example from the current French presidential election campaign where Snapchat has been getting the candidates and “millennials and the younger population engaged” via video question-and-answer sessions.

By “the younger population,” they mean, of course, Generation Z.

(Photo at top via Shift2Online)